↕
Who Needs Nintendo? Fans Make Their Own Mario Bros. Game
- Like?
newerteam.com
* http://newerteam.com/
* http://kotaku.com/who-needs-nintendo-fans-make-their-own-mario-bros-gam-51221773...
Back in 2011, I wrote about a project called Newer Super Mario Bros. Wii, in which a group of fans were making their own sequel/expansion for the Wii platformer. Well, unlike most fan-created mods, these guys actually finished the job, and the game is now available for download. Newer adds 128 new levels, has new bosses, visual tweaks and a whole host of other stuff. It's free to download, of course, and can even be played on unmodded Wiis, but you'll need a copy of the original New Super Mario Bros. Wii for it to work. Newer Super Mario Bros. Wii [Site]

* http://press.nintendo.com/articles.jsp?id=31124
* http://www.joystiq.com/2011/10/11/new-wii-bundle-includes-new-super-mario-bros-l...
It was inevitable. Upon hearing the revelation that Europe would soon receive a new Wii without Gamecube compatibility, it was only a matter of time before the model made the trip across the Atlantic Ocean. Nintendo has now made the supposition a reality, announcing a new bundle for North America which will include a black Wii Remote Plus, a black Nunchuck, a copy of New Super Mario Bros. Wii and, oddly, a Super Mario Galaxy soundtrack CD.

What it won't include, however, is any support for GameCube games or accessories. Also, like its European cousin, the "newly configured black Wii console sits horizontally rather than vertically." The bundle will be released on October 23 for $150.

The little red flag that just shot up in your brain was probably the realization that $150 is also the asking price for the Mario Kart Wii console bundle, which is available in black and includes nearly the same contents ... and a Wii that still supports GameCube. According to Nintendo, the Mario Kart Wii bundle "will continue to be available" alongside the new bundle. So, unless you really don't want to spend an extra $50 on a copy of New Super Mario Bros. Wii, or you really hate the added value of GameCube support, the new bundle is more than a little baffling.

* http://www.giantbomb.com/news/nintendo-shipping-new-wii-soon-without-gamecube-su...
A look at the updated bundle that will start appearing in stores later this month.

As Nintendo begins winding down the Wii and pivoting towards Wii U, the company has at least one more major holiday push.

To help capitalize as the holidays approach, Nintendo will be releasing a tweaked Wii console on October 23 that’s colored black, bundled with some goodies and...without support for GameCube.

Those “goodies” include a copy of New Super Mario Bros. Wii, a black Motion Plus remote and accompanying nunchuck, and a Super Mario Galaxy soundtrack CD that won’t be sold separately.

The standard Wii price was dropped to $149.99 with a copy of Mario Kart Wii back in May, but Nintendo’s also releasing this bundle for $149.99, making this an awfully nice deal, even as Wii is on its way out.

Also, this version of the hardware is meant to sit horizontally, not vertically, for unspecified reasons.

Wii’s last gaming hurrah will come this year with Kirby: Return to Dreamland, The Legend of Zelda: Skyward Sword and the still undated Rhythm Heaven. 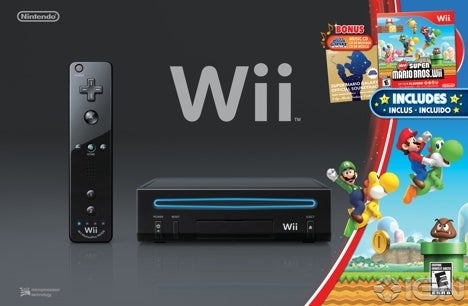 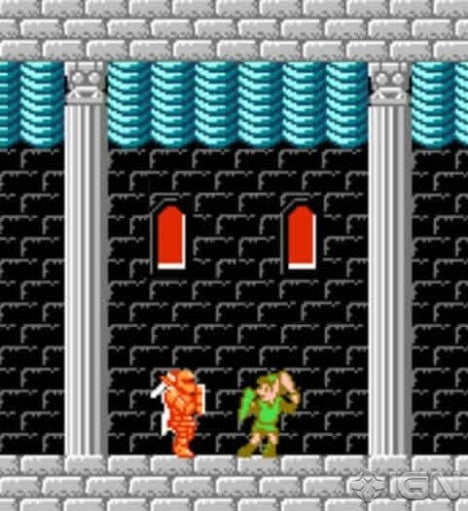 * http://wii.ign.com/articles/119/1195673p1.html
Catherine's puzzling yet sexy trip through the male subconscious is in many ways the furthest thing from a Nintendo game possible. Heavy on plot and stacked with modern gaming sensibilities, it could easily be seen as the very antithesis to the Big N's 2010 retro throwback New Super Mario Bros Wii. ... * http://gonintendo.com/?p=158966
Another look at the NSMBW stationary set that I would love to get my hands on. I might have to import this one! * http://www.joystiq.com/2010/12/15/club-nintendo-updates-with-kirby-patches-mario...
Club Nintendo has a few new bonuses available in its shop, just in case you happen to have a sudden influx of new Nintendo games, and therefore Club Nintendo Coins, in the next couple of weeks.

For 350 Coins, you can get one of two sets of adorable adhesive Kirby's Epic Yarn patches, featuring either Saucer and Off-Roader Kirby, or regular-style Kirby and Prince Fluff. Or, for 450 Coins, you can get a set of four New Super Mario Bros. Wii-themed Wii Remote straps, each one representing one of the four playable characters. That way, you can figure out which Wiimote belongs to which player. That could get confusing, maybe, eventually. If you all leave the room and some prankster scrambles them, we guess. And tapes over the lights on the bottom.

In other Club Nintendo news, the fans, messenger bags and tote bags are back in stock. Hurry!Gallery-111465%

* http://www.joystiq.com/2010/11/30/new-super-mario-bros-wii-tops-4m-in-japan-says...
Japanese publisher Enterbrain has revealed in this week's Famitsu that New Super Mario Bros. Wii has gone quadruple platinum in the region. NSMBW is Nintendo's first game on the console to achieve that status, having sold 4,001,276 copies as of Sunday. The title will celebrate its one-year anniversary on the market on December 3.

Nintendo financial documents reveal that NSMBW had reached global sales of 16.7 million units by the end of September. That's like, if you're being strictly mathematical about it, nearly triple-quintuple-plus-double platinum.

* http://www.joystiq.com/2010/11/23/new-wii-taiko-drum-master-features-new-super-m...
Previous Taiko no Tatsujin -- or Taiko Drum Master -- games for Wii and DS have featured playable medleys of Super Mario Bros. music, accompanied by 8-bit dancing Mario and friends. The latest Wii release in the adorable drumming series, Taiko no Tatsujin Wii Everybody Party 3rd, builds on the formula by featuring the theme from New Super Mario Bros. Wii, along with polygonal Mario, Luigi and Toad dancers.

Andriasang notes that in addition to the NSMB Wii track, the new Taiko Drum Master features musical renditions from other notable games including Pokemon Diamond and Pearl, God Eater, Ridge Racer Type 4, and ... Muscle March. The game also includes minigames with pirate, alien, fairytale and Gator Panic themes. In general, there's a ton of great-looking content, making the fact that no Taiko game has been localized for release outside of Japan since 2004 that much more crushing.

After keeping us in suspense for a couple of weeks, Nintendo of America has finally announced the Super Mario Bros. 25th anniversary hardware bundles for North America. Both the red Wii and DSi XL systems will arrive on November 7.

The $200 Wii bundle includes New Super Mario Bros. Wii, Wii Sports, and a red Wii Remote Plus. Neither the package nor the press release mentions anything about the special versions of the NES Super Mario Bros. or Donkey Kong included in other regions. The $180 DSi XL bundle includes Mario Kart DS, and comes pre-loaded with two Brain Age Express games and Photo Clock.

* http://www.joystiq.com/2010/10/11/super-mario-wii-and-dsi-xl-systems-coming-to-e...
First, the Super Mario Collection Special Pack was confirmed for Europe after being announced for Japan. Today, the special edition Super Mario Bros. 25th Anniversary DSi XL and Wii systems have been announced for the region as well, with each red system bundled with a Mario game.

None of this has been announced in North America. Happy birthday, Mario!

The *crag* do you mean just red? That shit is pretty much on the verge of being crimson. Some New Club Nintendo Prizes For Japan
- Like?
kotaku.com

* http://kotaku.com/5622498/some-new-club-nintendo-prizes-for-japan/gallery/
#japan Live in Japan? Member of Club Nintendo? Then this post is for you. More »